A while ago I was experimenting with LibGDX, I was building a platformer game, mainly to learn OOP and game development

I was working on a game called "Super Droid" a replica of good old game "super mario". I'm using libgdx as my game framework, so it means that the will be able to run on Android with GL2 support and any other OS which supports java - linux, macOS, windows.


Basically, I'm doing all the testing on my computer. And then without changing anything make the apk and wola, my game is up and running on android. Only concern about libgdx is that it's pretty difficult to understand, especially someone like me who has little experience in Java. Anyway, after two weeks of developing I've succesfully implemented these features to my platform game engine:

Still a lot of work to be done, here are some screenshots taken from my ACER A500 tablet: 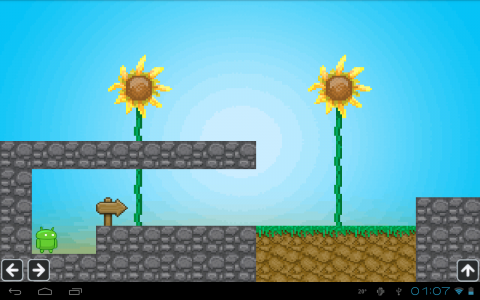 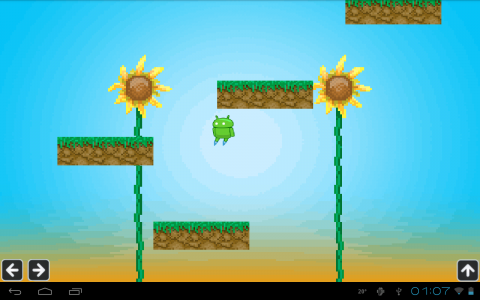 Here is the level file, as I mentioned before the picture of pixelated tiles.

Unfrotunatelly I never finished the game, but, so not to waste whatever I did, I am publishing all the source code with GPL licence. Also you can download EXE file or APK file if you want to try it out.